On 17 February, as part of its core seminar series on South East European realities amid Europe’s multiple crises, SEESOX hosted Ziya Meral, from the Centre for Historical Analysis and Conflict Research at Sandhurst, to look at the situation in Turkey. 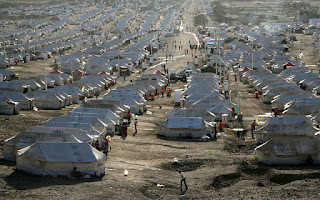 ehensive presentation on the challenges facing Turkey and the multiple internal crises that are hindering effective responses. He noted that Turkey faces a structural crisis, as it is governed through a state of exception, with the suspension of the rule of law and the boundaries between executive, judicial and legislative branches of state structures. This has been results from the current grey zone generated by a President acting beyond the traditional boundaries of the Presidency, thereby weakening the role of the Prime Minister and the Cabinet, where executive power constitutionally rests. It has also been triggered by widespread protests against the AKP and the very public clash between the Gulen movement and AKP. Attempts to limit the Gulen movement's reach and prevent a possible impeachment of AKP meant interventions across state structures, including the judicial and security apparatus, with thousands of officials being assigned to new posts. These developments have undermined Turkey's capacity to respond to challenges.

Turkey faces a political crisis since, although the recent elections had shown recovery in support for AKP, power structures within AKP are now hazy, with concealed tensions between PM and President and multiple factions within the party. Not all of the party is behind the presidential bid, nor happy about the performance on human rights issues. The not so gracious exclusion of elder AKP politicians and a new eager generation emerging within the party, with very different experiences and outlooks from the founding generation are causing frictions. At the same time, the opposition is in crisis, incapable of defining a clear political strategy; Turkey lacks a robust opposition and parliament, just at the time when it’s needed. There are hardly any voices in the political and public space offering constructive tangible policy proposals to meet the challenges; almost all focus on how the 'other' is categorically wrong.

A societal crisis is caused by multiple cleavages (conservative/secular, Turks/Kurds, …), with polarisation the name of the game. No positive public space exists for accommodation through discussion, while criticism of the government or state is equated to treason. While these divisions are not new, and in fact go back to the very creation of the Republic, they are more acute and visible now. This reflects the country’s general economic and educational advance over the last 15 years, with the older, smaller elite structures fragmented and globalisation providing new platforms.

The security crisis is both domestic, involving PKK and leftist extremists such as DHKPC, and external, with threats from ISIS, as well as Assad, and proxy conflicts with Russia and Iran. The Turkish security apparatus is stretched beyond its capacity and has to respond to complex domestic insecurities, in addition to the challenges of border control and the management of some 3 million refugees in the country.

At the same time, there are real economic vulnerabilities, with growth at only 4%, and, while lower oil prices helped to shrink deficits, ongoing structural problems, together with low growth in the EU and Russia (and now Russian sanctions), hinder their exploitation. Turkey can no longer be seen as an emerging economic success story; even if a doom scenario is not on the table, stagnation is.

Finally, Turkey faces a foreign policy crisis. The core aim of neutral relations with all its neighbours has not outlasted the second phase of the Arab Spring; while a valid aspiration, there was a gap with Turkey’s capacity to achieve it, and the limits of Turkey’s influence within its neighbourhood had been cruelly exposed. Domestic politics had also limited foreign policy performance, as shown in the poor handling of the Israel and Egypt portfolios. AKP had been continually trapped, undermining its foreign policy stance by playing the populist card domestically. Overall foreign policy is characterised by ad hocery and lack of any strategic vision, unlike in the 2005-2011 period; it is essentially playing a tactical game with momentary moves.

Turkey’s relations with the EU are a case in point. Turkish accession to EU will not happen in the immediate future, if ever. While Turkey has tried to obtain monetary support and some limited promises from the EU to advance relations, there is no actual breakthrough on its membership bid. The issue of refugees, and the costs Turkey will incur by accepting what the EU wants from it, are going to be a generational burden for Turkey. Growing domestic tensions generated by the inflow of refugees go unreported in the media, while there are growing security dilemmas for Turkey.

In summary, Turkey has entered a phase whose evolution is hard to foresee. There is a massive democratic deficit and little sign of anyone being ready or able to move beyond identity politics. Sadly, the next five years are going to be very difficult for the country.
Posted by SEESOX at 19:49