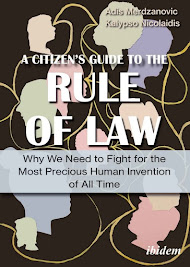 Sarah Nouwen (School of Transnational Governance, European University Institute) first presented the book and underlined that the rule of law is the most precious human invention of all times – for this reason, it should be accessible to everyone. She explained that the book engages citizens in a clear and direct way and raises awareness on the shared responsibility for threats directed towards the rule of law. While the book focuses on the rule of law in Europe, many of the lessons of this book should be applied for EU rule of law promotional activities beyond the Western Balkans. The fundamental argument of the book is that on one hand, the EU should be more ambitious in promoting the rule of law, while on the other, it should be humbler. The book identifies the areas where the EU should be more ambitious and where it should be humbler, supporting its arguments with suggested alternatives.
Read more »
Posted by SEESOX at 14:50 No comments: 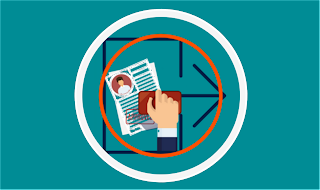 In her presentation, Professor Délano Alonso focussed on what diaspora policies reveal about tensions and contestations over policies and politics that are negotiated, as well as how diaspora policies can be a space of accountability, in relation to other aspects of migration. She used the uniqueness of the Mexican case, given the space it shares in relation to the US and also that it is a country of emigration, asylum and transit, as well as of return. Recalling that Mexico’s relationship with its diaspora dates back to the 19th century, she pointed to the strong consular network that protect diasporans’ rights. Most of the policies in their origins focused on documentation, emergency responses on issues of confrontation with US authorities, need for repatriation, and promotion of Mexican culture. Over time there was a shift in the focus towards issues such as expanding consular services, extending ties with migrant organizations (in come cases with practices of control and co-optation), and strengthening the Mexican-American population as a potential lobbying power. They also shifted towards giving rights to Mexicans abroad, such as symbolic recognition (naming them as heroes, talented diaspora), offering voting rights, dual nationality, support through matching programmes for investment (e.g., 3 for 1 programme), in some cases allowing them to participate in the design of programmes that concerned them through the creation of the Institute for Mexicans Abroad and its Advisory Council. She also focussed on consular programmes that support access to social rights in the country of destination, mainly in the US, highlighting the shift from the idea of returning to the reality that most migrants were staying and settling in the US.
Read more »
Posted by SEESOX at 13:52 No comments:

Is emigration a blow to liberal democracy?

A webinar on this subject was held by SEESOX and COMPAS on 27 May. The main speaker was Ivan Krastev, Chair of the Centre for Liberal Strategies, Sofia and Permanent Fellow, Institute of Human Sciences, IWM Vienna. Discussants were Maria Koinova (University of Warwick) and Othon Anastasakis (St Antony’s College, University of Oxford). Jessie Barton Hronesova, also of Oxford, chaired.

Krastev described the background and context. In Central and Eastern Europe, there was, broadly speaking, a fear of immigration; but the real trauma was emigration and population loss. The countries were shrinking demographically. Surveys showed that Poland was shrinking by 15%, BiH by 29%, Bulgaria by 40%. These declines were unprecedented in the absence of war and natural disasters. One economic effect was shortages in labour markets. COVID -19 revealed the devastation caused in the health sector, with the loss of medical professionals to countries where they were better paid.  This also meant the loss of money invested eg in the education of medical professionals, and the invisible transfer of money from the periphery to the centre. Governments were unsure how to react.  Strong nationalist rhetoric was employed, like the Berlin Wall, to stop the exodus of people.  There was also a major generational imbalance, with the young especially likely to leave: and a political effect, with the tendency of pro-EU voters to leave. The very fact of going abroad and making a living outside a country was seen as a success; just as under Communist rule moving from country to city was seen as a move-up. Illiberal governments, eg in Hungary and Poland, were not closing their countries to foreigners, rather welcoming them as guest workers; but were not giving them political rights, thus divorcing labour markets from politics and the nation.