Unresolved issues in the Western Balkans: Progress or Deterioration? 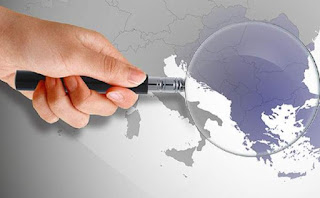 There are many issues that currently plague the region of the Western Balkans – from poor rule of law and crippling corruption to the authoritarian tendencies of many national leaders in the region. This seminar on 27 Novenmber, chaired by Sir David Madden, did not aim to cover them all but only focus on some of the most urgent problems and the key unresolved situations.

Adis Merdžanović, Research Associate at SEESOX, focussed on the diminishing role of the European Union which has hitherto acted as the main reform driver in the region. In the wake of Emmanuel Macron’s ‘Non’ on the opening of talks with North Macedonia and Albania, Merdzanovic presented a nuanced analysis of how we got here and what options are on the table. While disagreeing with Macron’s mode of creating alarm about membership, which has led to a great loss of credibility across the region, Merdzanovic’s analysis was also based on the need to rethink the accession process. While he did not see much space for the implementation of Macron’s non-paper which introduced a gradual accession in seven steps, he applauded the regional ‘mini-Schengen’ proposal aimed to imitate the EU Schengen open border area. He also stressed that ideas of ‘functional integration’ (Jan Zielonka) and ‘membership on probation’ (Pierre Mirel) have a lot to offer to the debate. Merdzanovic concluded that we need to ‘return to a value-based’ approach to membership and the European Integration itself.