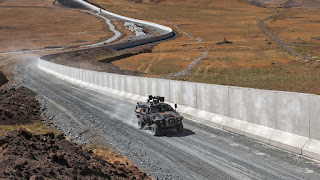 On October 27, 2021 SEESOX organised its first seminar of the academic year entitled “Afghan crisis, migration diplomacy and Turkey-EU relations” in the context of the SEESOX project on Turkey’s Migration Diplomacy supported by the Oxford-Berlin Partnership. The speakers included Franck Duvell (Universitat Osnabrück), Başak Kale (METU) and Kemal Kirişçi (Brookings Institution) and the panel was chaired by Othon Anastasakis (SEESOX) and Mehmet Karli (SEESOX).

The panel looked into the recent migration developments between the EU and Turkey, taking into consideration the follow up negotiations to the EU-Turkey 2016 migration deal, the impact of the summer 2021 Afghan crisis on the refugee flow via Turkey and the ongoing Turkish complaints calling out the EU for failing to share its burden of hosting refugees and to keep to its commitment on visa free travel. In light of these issues, the panel reviewed the current state of migration diplomacies between the EU and Turkey, looked at the prospects of the migration deal and evaluated the impact of the prevailing transactionalism over the EU-Turkey relations in general.

Basak Kale started by presenting a brief historical account of the last 15 years on the issue of EU-Turkey migration relations claiming that the migration issue has come to dominate relations since the 2016 deal and by looking at the positive and negative repercussions of this deal. She reminded us that the deal was not a treaty or a formal document but a statement whose validity could be questioned because it was not ratified by the European Parliament. She also emphasised the transactional nature of the deal, instrumentalising the refugees and leaving open various legal and humanitarian issues. She concluded that the statement triggered changes in Turkey regarding the management of the refugees, and in terms of their integration into Turkey’s labour force, where a limited number of work permits having been issued and mostly an informal integration has taken place.
Read more »
Posted by SEESOX at 12:34 No comments: