Greece’s National Security strategy: Assessing the past, anticipating the future 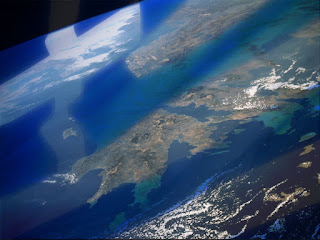 On 18 June, Professor Panayotis Tsakonas, Visiting Fellow at St. Anthony’s and Professor at the University of the Aegean in the Department of Mediterranean Studies, gave the final SEESOX seminar of the Term on “Greece’s National Security Strategy: Assessing the Past, Anticipating the Future.” Dr. Othon Anastasakis, director of SEESOX, was the chair.

Professor Tsakonas took as his starting point that Greece at present had no national security strategy, and addressed the question of how Greece might move towards developing a ‘grand strategy.’ He defined this term as a plan using clearly identified methods to achieve major goals, both in the medium and long term. How to develop a grand strategy is a particularly important question for Greece as it is caught between Europe, a region of stability, and the Middle East, a region of great instability.

Economic crisis, as well as problematic developments in the Balkans, appeared in a difficult context of globalisation, including forced Europeanisation, for Greece. Given this, the question remains: why did Greece fail to develop a strategy to reach beyond its weight, from 1990 onwards?

Tsakonas looked at a variety of different approaches how Greece might develop its future grand strategy, looking at domestic actors as well as new international threats that have not yet been considered. These divergent options were all united by a consideration of the transformations in regional politics caused by EU expansion. This process had an erratic impact on Greek policy over time, and Greece has come to view the EU as an integral part of its security. The fear of Turkey since the 1974 invasion of Cyprus has affected discourse about military expenditure, although Europeanisation encouraged rapprochement with Turkey in the late 1990s.

Turning international intervention into domestic cooperation in post-war societies: The case of Bosnia and Herzegovina

Adis Merdzanovic gave a seminar on this subject on 4 June, with Richard Caplan as Discussant, and David Madden as Chair. 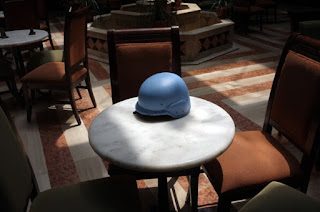 He distinguished between international intervention to end a war, and “political peace-building” in post- conflict politics. There were two phases of the latter: the establishment of constitutional order, including introduction of a power-sharing system; and consolidation of the political order (including the vexed question of veto powers). The latter was often seen as having negative consequences, and raising questions of democracy/legitimacy. In fact this depended on the intervention mode adopted by external actors. The aim should not be to substitute for domestic decision making, but strengthen negotiating capacity. The Arbiter mode would produce more local compromises than the Agenda approach: under the latter the external actor/actors had their own preferred solution which they were prepared to impose if there were no local compromise; the former was based on process, and looked to the imposition of a solution wanted by those locals most willing to compromise.

The Bonn Powers (1997) made Bosnia-Herzegovina a “semi-protectorate”. There was a mixed record: progress in terms of legislation and state structures, but a dependency syndrome. The Agency Model made local use of vetoes and hence imposition more likely; the Arbiter model was more likely to produce local compromise. This proposition was examined using a variety of hypothetical and actual models. The Citizenship Law was an example of Agency, the implementation of the 2002 court decision on “constituent peoples” an example of Arbiter. Overall, the conclusion was that international intervention should focus on enforcing local compromises rather than imposing solutions.

Saving the economy: What should Greece do next?

On 1 June, Vicky Pryce, the Chief Economic Adviser to the Centre for Economic Business Research, spoke to SEESOX on “Saving the economy: What should Greece do next?” Kalypso Nicolaïdis, Professor of International Relations and Fellow at St. Antony’s, was the chair.

Initially looking at the question of how Greece had arrived in such a problematic economic position, Pryce commented how the Greek crisis came as a surprise in 2010 (when she was Head of the Government economic service), and carried unreasonable caricatures that crowded out sensible solutions.

Pryce stated that Greek entry to the Eurozone created an unstable system that prevented Greece from being able to respond to a crisis, as it could not devalue its currency and had no clear lender of last resort. Interest rates for Greek government borrowing had fallen 90% since entering the Euro, which encouraged unsustainable borrowing, as did the removal of balance of payments constraints. She was keen to emphasise that the unsustainable borrowing of the government did not justify the stereotype of the ‘profligate Greek:’ according to OECD studies, Greeks worked some of the longest hours and had one of the lowest household debt to income rates within the Eurozone. The initial bailout of the banks in response to the 2008 crisis made the Greek problem even worse, she claimed, by transferring the debt of Greek banks, which had overstretched themselves throughout the Eurozone, to Greek taxpayers. This issue was scarcely rectified by the debt relief program: of the €120 billion forgiven, only €6 billion of it was governmental debt.