Migration, protection and reception: the “crisis” in the Mediterranean 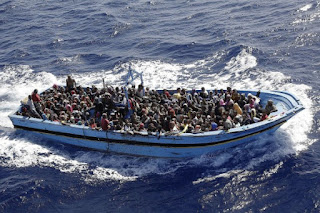 Brad Blitz gave the first SEESOX seminar of the Michaelmas Term on 15 October, on the highly topical issue of migration. How was the “hardening” of the EU’s external borders, in parallel with the “softer” internal regime under Schengen actually affecting migration flows and respect for the rights of migrants?

Blitz pointed out that the current situation was not entirely new, with the first problems occurring before Sangatte, Calais in 2000. Nor had there been any lack of success in integrating previous waves of refugees (Vietnamese Boat People, Former Yugoslavian refugees) – in the latter case many had been returned once the fighting had stopped and their temporary protection ended. But refugee policy had historically always been dictated by foreign and security policy considerations and that trend is still evident today.

Flows across the Mediterranean so far this year had reached nearly 600,000, with over 3,000 deaths. And the crisis in Syria had added a new dimension to previously existing flows from failed states in Africa and central Asia. The flows are mixed, with refugees alongside economic migrants – in one instance labour migrants from Bangladesh crossed to Europe to escape the chaos in Libya, where they had previously been employed. The main routes were from Libya north to Italy and from Turkey to Greece and then through the Balkans to Austria and Germany. A new Arctic route had appeared in the summer, through Northern Russia to Norway.

An afternoon seminar was held at St Antony’s College, University of Oxford, on Friday 16 October, to commemorate the career and work of Max Watson, a Fellow of both St Antony’s and Wolfson College, Oxford. 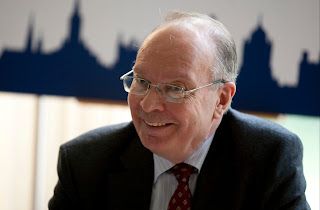 The event was entitled “A Tale of Three Cities”: the cities in question being Washington, Brussels and Oxford: reflecting Max’s time with the IMF, the European Commission and Oxford University respectively. The first session also covered Max’s time with INSIAD, a prestigious Paris-based organisation; while the third also swept up those who had known Max from boyhood (Lester Corps), and one of those closest to Max and his later work (John Howell). The three sessions were chaired by David Vines, Jonathan Scheele and David Madden. The event was conceived and organised by Julie Adams.

The first session was addressed by Ajal Chopra, Charles Enoch, Russell Kincaid and Reza Moghadam: who all spoke with knowledge, insight and touches of humour about Max’s time at the IMF, and in particular about his formative role in understanding and helping solve the Latin American debt crisis.

The second part mainly covered Max’s work together with the Commission and the Irish authorities in helping overcome the Irish debt crisis. Speakers were Gillian Edgeworth, Valerie Herzberg and Klaus Regling. It also demonstrated how highly Max’s continuing advice to the Commission over the years was regarded in Brussels.

The third session was devoted to Max’s life at Oxford; and in particular to his work for SEESOX and his creation of PEFM. Contributors included Othon Anastasakis, Adam Bennett, and Kalypso Nicolaidis. Peter Sanfey spoke about the collaboration between SEESOX/PEFM and the EBRD; and Altin Tanku about the Cooperation Agreement between SEESOX and the Bank of Albania in which Max played so great a role.

Throughout the event, including the many contributions from the floor, there were continuous signs of deep affection and respect for Max; and amazement at the amount and breadth of what he achieved. Common themes and epithets running through the many presentations were that C Max Watson was Creative, Multi-Skilled, Aristotelian, Xenophilic, Witty, Active, Trouble-Taking, Self-Starting, Omniscient and Notably Nice.