Cyprus: Prospects for reunification, peace with Turkey and regional stability 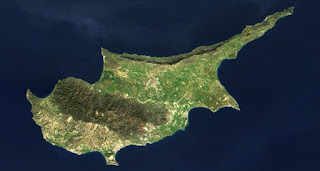 "Geography is Destiny". Cyprus stands at the cross-roads of three continents. This is a blessing but it is also curse. It is something that cannot be ignored; and so is the Cyprus problem.

There is under way another attempt to find a solution. For a permanent, just and viable settlement, everything must come together. There is a clear understanding amongst the parties including the United Nations that nothing can be agreed until everything is agreed.

Cyprus is a member of the UN; the Commonwealth; the EU. Accession to the EU in May 2004 was the most critical strategic development for Cyprus since its independence in 1960. The accession of the Republic of Cyprus to the EU is equally critical for the Eastern Mediterranean region.

The Mediterranean sea is of pivotal importance for the countries in the region, but also for the UK, Europe and for Transatlantic security. It is imperative to have predictable, credible and reliable partners in the Eastern Mediterranean. Cyprus plays an important role in this regard and is a security producer. This has been exemplified recently with regards to the destruction of Syrian Chemical Weapons; the role of Cyprus in the maritime component of UNIFIL; support for humanitarian evacuations, eg Lebanon; and currently for the fight against ISIS / DAESH.