Addressing energy efficiency measures and innovations in Sweden and the United Kingdom
Click on the above link to read Androulla's blog.
Posted by SEESOX at 15:33 No comments:

An insider’s view of Greece’s Euro crisis: Why the road to redemption must also be paved with skilful intentions 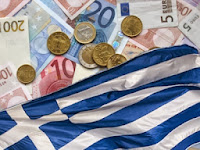 The first day of SEESOX’s academic year was marked by Constantinos Papadopoulos giving an insider’s view of Greece’s Euro Crisis: he was Secretary General for Greece’s International Economic Relations at the Ministry of Foreign Affairs, 2010-2012. He made three main points, supported throughout by examples, detail and statistics. The Greek economy’s adjustment on the basis of the Memorandum with the Troika represented a massive structural transformation intended to make the Greek economy vastly more outward-looking and export-oriented. Fiscal consolidation, and recovery from financial mismanagement, were also important; but structural changes were crucial to the long-term survival of the Greek economy. The fact that this was not fully appreciated was delaying Greece’s exit from the crisis. Secondly, Greece’s future lay in the euro. The failures of the last years did not do justice to the improved performance of the Greek economy in (some) many areas since Greece joined the monetary union. Thirdly, Greece was an extreme example of a wider phenomenon affecting the West: debt-fuelled growth and low savings. Weaknesses in other countries compounded Greece’s problems.

Looking ahead, Papadopoulos said that the West would have to live less on credit, and more on its wits. Greece had squandered earlier opportunities for reform; but now had learned lessons and knew it could not return to the free and easy ways of the past.

In answer to questions, he added the following: across the board budget cuts were indiscriminate and could be damaging, but government structures did not always encourage fine-tuning in these matters; similarly there was an inherent tendency to slow down rather than embrace reform; the brain drain was painful, but it was better for individuals to seek work elsewhere and then return, rather than stagnate at home; the Athens Stock Market was starting to reflect a feeling that things were improving; Greek banks had been the victim of sovereign debt restructuring, and now found it hard to lend because credit continued to be tight, but also less credit was needed partly as a result of the recession itself; broad fiscal guidelines from the IMF had been followed, but not always in the best way; Greece was within reach of achieving a primary budget surplus as well as a balance on its current account; main exports were, in order, petroleum products (a huge earner), pharmaceuticals, olive oil, aluminium products, fish, pipes and tubes, packaged vegetables, cheese, fruit and aluminium composites; shipping and tourism were also tremendously important sources of income for Greece; China and US multinationals were investing in Greece, but much more FDI was essential for economic success.
Posted by SEESOX at 11:57 No comments: