The East Med: A new hotspot for Europe? 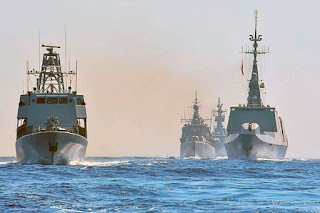 On 14 October 2020, the first SEESOX webinar of the Michaelmas Term - “The Eastern Mediterranean: a new hotspot for Europe” - focused on the geopolitical state of play in the region following the summer of 2020 and the crisis between Greece and Turkey. The region is increasingly becoming an area of insecurity, with high stakes and numerous stakeholders. The webinar looked at the key challenges, the main drivers behind the competing interests, and high risks for the future.

Filis saw growing interest by the international community in the Eastern Mediterranean, with a number of increasingly complex challenges and threats in the region.

European countries were unwilling to accept the increasing flow of migrants and refugees from the Middle East or Africa, complicating the status quo in the East Mediterranean. Many jihadist terrorist groups were active in the region, and their reach was expanding in many countries, including Libya, threatening gain of territorial control in certain areas and thence, through migration, increased presence in Europe.

The coronavirus crisis put at risk current and future investments in countries such as Egypt, Morocco, Tunisia, and Jordan, and with significant decreases in energy prices as a result, the economies of countries relying primarily on the energy sector, such as Algeria, would be adversely impacted. Since the crisis would hit weak economies and vulnerable population groups the hardest, it might act as a catalyst for political and social developments at grassroots, possibly leading to uprisings and new political movements, and further exacerbating existing political instability in the region.
Read more »
Posted by SEESOX at 17:10 No comments: