On 23 January 2019, Tena Preleć (University of Sussex) gave a seminar concerning the Serbian diaspora. This seminar was chaired by Ezgi Başaran, with SEESOX Director Othon Anastasakis as discussant. Preleć began by defining what she describes as the “active diaspora”. According to her, the active diaspora includes those diaspora members who took, or wanted to take, part in the voting process.

Preleć’s paper was based on two surveys conducted around the 2017 Serbian presidential elections. Also taking into account the results of the diaspora voting in the elections, she argued that the Serbian diaspora’s political views had changed from the 1990s, where the prevalent political ideology among Serbs living abroad had been nationalistic. She outlined the results of the surveys as follows:

Firstly, the Serbian diaspora decisively rejects the course the country has taken.

Secondly, the top concerns for the Serbian diaspora relate to governance, rather than geopolitical issues.

Thirdly, Serbs living abroad highlighted a wide-ranging set of issues concerning the voting procedure, which hindered their ability to participate in the vote.
Read more »
Posted by SEESOX at 14:00 No comments:

On 16 January 2019, Maria Koinova (University of Warwick) opened this year’s SEESOX Hilary Term seminar series - Comparative Diasporas - on the topic of “Diaspora Entrepreneurs and Contested States”. Koinova drew on her 5-year long ERC Starting Grant project “Diasporas and contested Sovereignty”, which focused on the homeland-oriented political mobilization of 6 diasporas (Albanian, Armenian, Bosnian, Kurdish, Iraqi and Palestinian) whose homelands experience contested sovereignty. The project involved research across five different host countries (France, Germany, the Netherlands, Sweden, the UK) as well as at the EU level. Koinova explored the question: under what conditions and by way of which causal mechanisms do different diaspora entrepreneurs mobilize in contentious and non-contentious ways, or use a two-pronged strategy simultaneously, when connected to contested states? Othon Anastasakis (St Antony’s College) acted as discussant.

Koinova defined the notion of the diaspora entrepreneur and outlined the methodological approach and comparative scope of her study of the Kosovo Albanian, Armenian and Palestinian conflict-generated diasporas to de facto states, based on more than 300 interviews in 50 locations in the UK, Germany, France, the Netherlands, Sweden, Switzerland, Kosovo and Armenia, which she conducted between 2012-2017. She put forward the central findings of her research: a novel typology of diaspora entrepreneurs, based on their socio-spatial linkages to different global contexts, not simply to home-states and host-states, and a two-level typological theory, accounting for the causal pathways in which these diaspora entrepreneurs participate to pursue homeland-oriented goals with more or less contention, and through host-state, transnational and supranational channels. Despite the fact that diaspora entrepreneurs appear to be well integrated into their host-societies, they mobilize differently, as they respond in their own ways to stimuli from a political environment, relevant to them. This diversity raises the need to delve deeper into existing competing claims that diasporas become transnationally engaged when more or less integrated into their host-societies. Koinova’s account shows the conditions and causal mechanisms, which shape their transnational behaviours. 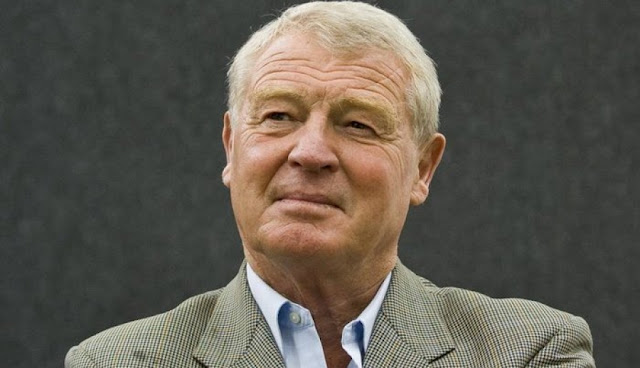 Paddy Ashdown played a special role in the life of SEESOX. He visited SEESOX on a number of occasions: for a briefing/discussion session before taking up his appointment as UN High Representative in Bosnia and Herzegovina (BiH); for a launch of his book describing his experiences in BiH, Swords and Ploughshares; and to speak at our Tenth Anniversary celebrations in 2012. When a SEESOX team gave a presentation on BiH at the Global Strategy Forum in London, Paddy was guest speaker at the lunch following the event.

Adis Merdzanovic was a Visiting Fellow at St Antony’s, and a core member of Team SEESOX during his time at the College. He interviewed Paddy for his book on BiH, Democracy by Decree. Here is his tribute to Paddy.

Lord Paddy Ashdown, former leader of the British Liberal Democrats and from 2002-2006 High Representative (HR) of the International Community in Bosnia and Herzegovina (BiH), has died aged 77. While British obituaries focus (see, for example, here and here) on his impact on domestic politics and credit him with turning the Liberal Democrats into a true political power in Westminster, people in the Balkans remember his engagement in their region. During the war in Yugoslavia, he visited the besieged city of Sarajevo and, after a dinner in London, he leaked to the press a map Croatia’s president Franjo Tuđman had drawn on a menu, outlining the planned partition of BiH between Serbia and Croatia.