Sarajevo’s Holiday Inn: On the Frontline of Politics and War

The Holiday Inn hotel in Sarajevo has a particular place in Bosnia and Herzegovina’s history. Designed by the Bosnian architect Ivan Štraus, and built before the 1984 Winter Olympics to house foreign dignitaries such as the former IOC President Juan Antonio Samaranch, it gained particular notoriety in the lead up to, and during the 1992-1995 Bosnian war. It was a regular meeting place for political elites – it was, for example, where Alija Izetbegović formally launched the Party of Democratic Action (SDA) in 1990 and, later, the informal headquarters of the Serb Democratic Party (SDS) under the leadership of Radovan Karadžić. The SDS used the hotel as a meeting place and by February 1992 it had become home to their ‘crisis headquarters’, from where party leaders organised barricades on ‘referendum weekend’ of 29 February/1 March 1992. And on 6 April 1992 the fateful sniper shots fired into the protesting crowds heralding the beginning of the conflict, are alleged to have come from somewhere in the building. Finally, during the war, the hotel was omnipresent in international media, for it hosted hundreds of international journalists reporting on a regular basis from the besieged city of Sarajevo.

Despite the hotel’s importance, only isolated stories about it have made it into the public sphere, and a comprehensive history was lacking. This is precisely what Kenneth Morrison, professor in Modern South East European History at De Montfort University, provides in his new book Sarajevo’s Holiday Inn: On the Frontline of War and Politics. On 19th October, he presented it at a SEESOX seminar chaired by Elizabeth Roberts (Trinity College, Oxford).

Gerald Knaus, founding chairman of the European Stability Initiative and father of the EU-Turkey Deal, gave a well-attended lunchtime seminar on October 19th, 2016, with Ezgi Başaran in the chair. The main focus of discussion was whether the deal could be properly implemented by the parties.Knaus began by criticising the tale Hungarian PM Viktor Orban had been telling throughout Europe. Orban’s main target on the refugee issue was Germany, whose citizens he labelled as emotional, incompatible, sentimental and confused; he had criticised Germany’s refugee policy as insincere, believing that Europeans should have fought against accepting refugees from Germany or anywhere else. The EU had also been a target of Orban’s attacks, as he claimed that “the people in Brussels” were trying to destroy nation states by settling large number of foreigners against the will of their voters. 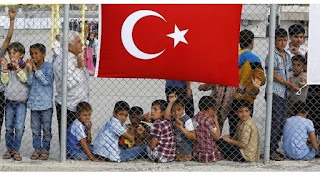 Knaus also regretted Orban’s and his allies’ limited understanding of the refugee issue, with their belief that it could be solved by strict control of the borders; indeed, Orban had argued that a new border should, if necessary, have been established to the north of Greece. In his view, European Civilization could melt away if large numbers of refugees were not prevented from entering.

A further concern of Knaus was Orban’s attitude to the Refugee Convention. In 2015, the Hungarian PM had maintained that the right to live prevailed over all other rights; therefore, protecting his citizens was more important for him than either the Refugee Convention or any other convention. Knaus saw Marine le Pen’s Front National, the Swedish Democrats, and the other European far-right parties, as among Orban’s natural allies, while Angela Merkel and Dutch-EU Presidency constituted the two biggest obstacles to Orban’s refugee “solutions”. But Knaus warned that it was the mainstream political parties that Europe needed to watch.


A team from SEESOX presented on this theme to the Global Strategy Forum at the National Liberal Club on 18 October. This followed on from a seminar in Athens on 27 September on a similar theme, funded by the Public Diplomacy Division of NATO. This was the fourth in a series of SEESOX presentations with the GSF. 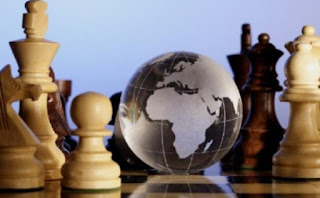 David Madden set the scene. Traditionally South East Europe had its own long-running internal geopolitical challenges: in Cyprus, in former Yugoslavia, or between Turkey and Greece. But the region was now an importer of crises. To the East there was Russia, with a more assertive and unpredictable policy. To the South East, there was violent conflict, in particular the cataclysmic civil war in Syria, foreign intervention, extremism, inter-Muslim cultural wars and failed hopes: and with a resulting flood of refugees, affecting most directly the countries least able to cope. To the South, there was North Africa, with Libya as its foremost failed state, and another route of Mediterranean refugees. Even to the North and West, the soft power of the EU was hampered by economic and political weaknesses. From both inside the region and from outside, there were the perverse influences of populism and demagoguery. The post-truth era was pervasive in public and political discourse. The Middle East was in turmoil. There were cold wars (Iran/Saudi Arabia, Israel/Palestine), hot wars (Syria, Libya, Yemen) and legacy wars (Afghanistan, Iraq). Russia had clear interests and strategy, because of Syria’s unique position as a Russian client. Syria and the war in the Ukraine had effectively brought to an end the post- Cold War settlement. Russia believed in a system of great powers, with zones of influence.