Migration and the prospects for transitional justice in Cyprus

On 2 June, Dr Rebecca Bryant spoke on the subject “Forced Migration and the Prospects for Transitional Justice in Cyprus”. David Madden chaired. 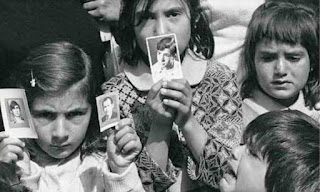 Bryant explained that transitional justice consists of a number of measures intended to help post-conflict communities transition to peace. She observed that there are already aspects of transitional justice in Cyprus: the Committee on Missing Persons (though its mandate was limited), the cultural heritage committee, and inter-faith meetings being a few of those. But overall, divisive narratives of the conflict have not changed much on either side, despite the opening of the checkpoints. Moreover, surveys show that crossings to the other side, especially by Greek Cypriots, are few. There are large numbers of Greek Cypriots who have never crossed. There instead is a tendency to wait for a settlement to think about reconciliation.

Given around fifty years of negotiations and the leaders’ agreement on a bizonal, bicommunal federation, the outline of a settlement is already reasonably clear. Because that federation would be composed of two ethnically based states, it is clear that in any federal scenario Turkish Cypriots would be a majority in the north. As a result, not all Greek Cypriot displaced persons would return to the north, and those who return would be a minority. Polls also show that almost no Turkish Cypriots would choose to return to the south. Moreover, we know from other studies that post-conflict minority return tends to be problematic.

Bryant said that her premise and concern is that any political settlement of the Cyprus conflict would entail some remixing of populations, and that the goal in implementing that remixing must surely be to ensure that it will lead to peace rather than to further conflict. For this, she suggested that transitional justice measures may be helpful, and that such truth-seeking relating to displacement may make other transitional justice measures more effective. Her concern, she said, was a general misperception in both communities about potential movements of people in the event of a federal settlement.
Read more »
Posted by SEESOX at 17:36 1 comment: