Media in Greece Free or dependent?

Media in Greece: Free or dependent? 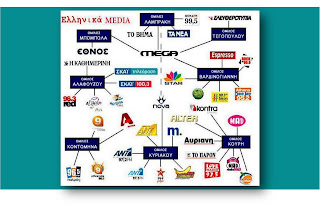 The online seminar ‘Media in Greece: Free or dependent?’ on 17 of February 2021 focussed on the character and nature of Greek media, within the wider context of the Hilary Term seminar series on the quality of democracy in Southeast Europe. It was chaired by Tim Vlandas, Associate Professor of Comparative Social Policy in the Department of Social Policy and Intervention. Othon Anastasakis, Director of SEESOX, in introducing the seminar, commented on the fact that media issues seem to be ubiquitous when we talk about the quality of democracy in SE Europe; examples include media repression in Turkey, or a very strong executive control, fake news, or misinformation elsewhere. He pointed out that the Greek case is a hybrid experience of a long tradition of free speech, with at the same time many connected interests and linkages between the state and the media landscape.

The first speaker, Lamprini Rori, Lecturer in Politics at the University of Exeter and Jean Monnet fellow at the EUI, stressed that there is no absolute answer to the question; the media in Greece are neither completely free, nor completely dependent and like in most countries, there is a dynamic interdependence between politics and media. This relationship is reciprocal, the particular equilibrium of which defines three factors: media freedom, the quality of journalism and the quality of the political class. The arguments in her presentation drew on primary research and the comparative data she put forward, looked at perceptions on media freedom. She argued that there is a lack of trust in traditional media, and more people compared to other countries use digital media; when it comes to information, Greeks prefer online rather than offline media. The reasons for this distrust relate to political and commercial biases, the poor quality of journalism, the perceived notion that social media give a broad spectrum of political views, and that social networks have a self-correcting capacity. She then focussed on systemic and institutional parameters, like polarised pluralism - strong state, weak civil society, clientelism, lack of clarity of the legal framework, media-political parallelism -, state paternalism and mediatisation of political life.

The struggle for redress: Victim Capital in Bosnia and Herzegovina

The Struggle for Redress: Victim Capital in Bosnia and Herzegovina 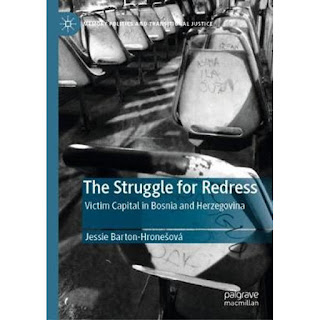 As part of the SEESOX seminar series on the quality of democracy and rule of law in South East Europe, on 10 February Jessie Barton-Hronešová presented her recently-published book on the efforts for redress of the victims of the wars in Bosnia-Herzegovina (BiH), which is a contribution to the literatures on transitional justice, conflict studies, and BiH.

The book was based on the results of Dr Barton-Hronešová’s intensive field research in the country as well as her academic studies in Oxford. It looks at victims’ journeys to secure redress in a post-war state, and examines the role of various social actors in influencing the policies of transitional justice. Initial questions included how victims have influenced reconstruction in a post-conflict state: what were their aims, and how did they go about achieving them? Why and how has redress been adopted in such a complex and piecemeal manner in BiH? It has involved one-off payments, and prioritization for employment or for education, but there is not even consensus on the types of redress or what to call it.

Dr Barton-Hronešová’s research centred on a comparative study of the experience of these five groups. “Victim capital” can be seen as the social, political, and economic leverage and influence attributed to each of the victim groups. This in turn boils down to the moral authority, mobilization of resources and the international salience of the various groups, which in turn reflects the agency of the victims and their allies.

Strengthening the Rule of Law in South East Europe and the EU: Instruments, challenges and lessons learned 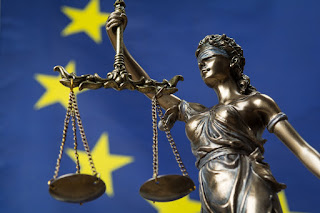 On the 3 February, SEESOX in cooperation with the School of Transnational Governance of the European University Institute (EUI), organised a panel on the strengthening of the rule of law in the EU and South East Europe. The panel included Marko Kmezic (Graz University), Eli Gateva (University of Oxford) and Carlos Closa Montero (EUI) and was chaired by Kalypso Nicolaidis (EUI/Oxford). All panellists engaged with the EU’s focus on the the issue of the rule of law in the member states, especially in countries with weaker institutions, and the renewed emphasis of the European Commission on the pre-accession and post-accession rule of law conditionality including the linkages with the disbursement of the EU funds. However, despite an enhanced strategy and a broad mix of instruments, the deterioration of the rule of law in some member states and the candidate countries is a worrying trend and reveals the inability of the EU to address this important issue. With these initial assumptions, the panel discussed the efforts of the EU’s to spread rule of law practices in areas such as justice, fight against corruption and organised crime, emphasising South East Europe - Western Balkans, Bulgaria and Romania – and engaging in a critical assessment of the appropriateness and effectiveness of the instruments at its disposal.

The first speaker, Marko Kmezic, noted, on the one hand, the significance and potential contribution of the EU in this field and, on the other, the considerable democratic backsliding in the Western Balkans. While the European Commission since 2018 intensified its focus on the rule of law in the EU accession process of the Western Balkan states, through increased conditionality relating to the adoption of the relevant negotiation chapters 23 and 24, the success of its approach has been very modest and has met with implementation problems, use of inappropriate interim benchmarks and lack of membership credibility. In addition, he argued that this ineffectiveness was worsened by the resistance of local veto players and stressed the need for alternative opposition political dynamics and the inclusion of the civil society actors.
Read more »
Posted by SEESOX at 14:11 No comments:

Strengthening the Rule of Law in SE Europe and the EU: Instruments, chal...

Can elections bring (real) change? Lessons learned and prospects for the...

Can elections bring (real) change? Lessons learned and prospects for the Western Balkans 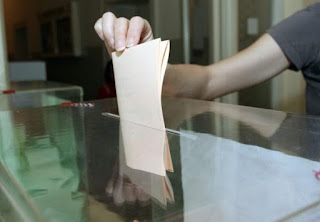 Tena Prelec set the stage by noting the frustration felt by those who study and live in South-Eastern Europe that nothing brings about fundamental change and elections seem to legitimize the status quo. She gave the examples of Serbia and Montenegro, which have been downgraded from semi-democratic to hybrid regimes by Freedom House in 2020 (a hybrid regime, according to their definition, is a democracy which only meets the minimum standards for the selection of national leaders). However, recent events have challenged this assumption. She gave the counterexamples of the August-elections in Montenegro that ended the thirty-year rule of Milo Dukanovic, and the parliamentary and municipal elections in Kosovo and Bosnia and Herzegovina that challenge this notion that elections do not really bring about change. Asking “Even when things seemingly change, how long will they last?”, “If this change ends up being disappointing, will there be a backlash?”, and “What have the reactions of citizens been to the change?”, Prelec handed over to the speakers to unpack these questions.