Political legitimacy in crisis: reflections on Romania, Macedonia and Bosnia and Herzegovina 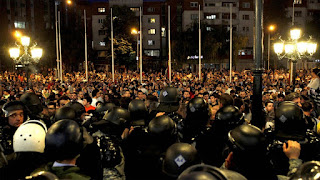 While there were striking similarities in the three countries, there were also surprising differences. While in all three countries there were major public demonstrations against government and the political elite, the circumstances differed. In Romania, the movement in November 2015 had been triggered by a tragic nightclub fire, killing and injuring over 100 people, mainly due to lax and/or corrupt implementation of safety regulations. But the political class are seen as the problem - no matter the political party, politicians would belong to the same “system”: “we think the same, we feel the same, we steal the same”. Nightly demonstrations by tens of thousands of people - the highest numbers since the 1989 events - led to the resignation of the government and the installation of a technocratic government. In Macedonia the leak of tapped telephone conversations from around 20,000 people (1% of the population!), including the PM and ministers, as well as the opposition, had torn down the screen and revealed what everyone had always believed – that the political elite were crude and corrupt and ignored the Rule of Law. People came out onto the streets to demand that something should be done – but not much has changed. In Bosnia-Hercegovina, street protests have become almost a tradition, escalating into mass street protests in February 2014, but there seems to be little belief that anything can change as a result. And the Dayton constitution acts as something of an additional barrier.
Read more »
Posted by SEESOX at 14:50 1 comment:

A crisis within the crisis: Migration flows in Greece in the turmoil of the bailout agreements

In week 7, SEESOX’s Hilary Term seminar series on South East European Realities amid Europe’s Multiple Crises continued its discussion on the ongoing migration crisis, but focusing in on the country in which its impact has been the greatest, Greece. Chaired by George Kailas (St. Anne’s College, Oxford) and Kostis Karpozoilos (St. Antony’s College, Oxford), Professor Dimitris Christopoulos (Panteion University of Athens) presented his view of developments on the ground in Greece, the achievements and failures of the Greek government, and what he believes must happen next in order to resolve the worsening crisis – all in the context of the economic crisis that continues to cripple the country. 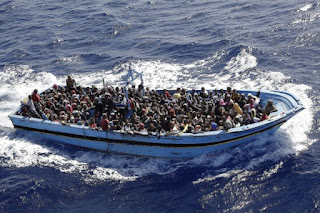 h regard to developments on the ground, Professor Christopoulos argued that the current crisis is not a migration crisis, but a “reception” crisis. Noting that peoples now making their way to Europe amount to only a small fraction of the continent’s total population, he emphasized that there is substantial evidence that over 90% of these peoples are indeed refugees who do have a right to asylum, and pointed to the fact that economic migrants do not bring their families with them when they go abroad. In the same vein, Prof. Christopoulos argued that this crisis is not even a “refugee” crisis, making the case instead that the notion of the EU confronting a “crisis” is only a narrative that originated in Northern and Eastern Europe by states who have not been able to liberalize politically as successfully as they did economically. In this context, the current situation is a reception crisis because Europe as a whole is not willing to accept the refugees who are coming.

In terms of how the Greek government has managed the crisis thus far, Professor Christopoulos pointed out that even if the government of Alexis Tsipras had done everything perfectly, there would still be difficulties, as the European Union would continue to oppose the resettlement of these refugees. In seeking to explain why the Greek government has struggled so much to adequately confront the crisis, he pointed to the state of the Greek public sector, saying that austerity has decreased capacity to such a degree where the government does not have the necessary means to adequately care for the people surfacing on the country’s shores. In this regard, he emphasized that one of the few actions taken by the SYRIZA government of which he is proud is that the government closed the detention centres that were used in the past to house refugees, labelling them inhumane.

Yugoslav legacies and European Union accession: Challenges of liberalism in the Western Balkans

Adis Merdzanovic, Junior Research Fellow at SEESOX and author of Democracy by Decree: Prospects and Limits of Imposed Consociational Democracy in Bosnia and Herzegovina (Ibidem Press, 2015), spoke on March 1, 2016 on the challenges of liberalism in the western Balkans. Adis has carried out detailed research on Bosnia and is currently expanding his outlook to the question of European Union accession across the western Balkans. The structure of his informed and intriguing talk reflected this expansion. Bosnia operated as a springboard for the main research question: what is the present state and future of political liberalism in Bosnia, Serbia, and Croatia? 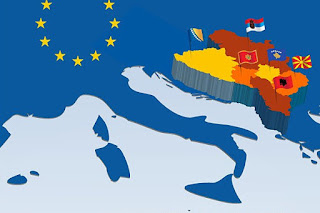 An interesting case study introduced the audience to the perplexities and challenges surrounding political liberalism in the region. Adis recounted the Sejdić-Finci case as an illustrative example of the tensions between the Bosnian state and individual political rights. The basic premise of post-war Bosnia was the representation of the three main ethno-religious groups that had participated in the war of 1992-1995. The result is a complicated structure of national and local assemblies in which every ethno-religious group has a predefined number of seats. This carefully designed structure though has proven not only weak, but also prevents individuals not belonging to these groups (as in the case of Jakub Finci and Dervo Sejdić) to run for office. The speaker argued that this case illustrates the challenges of liberalism: how can a State at the same time position the individual as the source of political legitimacy and protect the rights of its respective ethno-religious groups?

According to Adis such contradictions require a re-examination and reassessment of the particulars of the liberal project across the post-Yugoslav states. In this context he provided a panorama of existing realities in Bosnia and Herzegovina, Serbia, and Croatia. These states share a common language and historical legacies, as they all belonged to the Socialist Federal Republic of Yugoslavia. Their similarities though are not confined to the past; all three of them are interested in joining the common European project, while at the same time lacking basic elements of political liberalism. At that point the speaker presented the difficulties surrounding the pinpointing of the notion of liberalism in order to demonstrate an important argument: that European Union policies in the region prioritized economic liberalism over social liberalism. This prioritization reflected the dominant policies within the European Union and the desire for an economic program that would operate as a counterweight to the inefficiencies of the state-owned economy of socialist Yugoslavia.

The derailment of democracy in the West Balkans

Dimitri Sotiropoulos spoke on 23 February on “The derailment of democracy in the West Balkans”. Dimitri had carried out detailed research in Serbia and FYR Macedonia, but believed that his findings had relevance to other West Balkan countries. 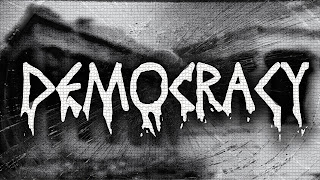 Three means of political domination over states and societies led to a back pedalling away from representative democracy: clientilism, corruption and populism. Clientilism/patronage at the top meant that policy measures were suited to the interests of favoured businessmen. At lower levels were individual appointments of supporters to favoured positions, and many cases of preferential/discriminatory treatment. Corruption was a two-way process between government elites and business interests. Populism was a matter of polarising discourse, nationalism (ethno-populism) and authoritarian tendencies.

This back-pedalling was the consequence of: the disproportionate strength of the executive, and especially the peak of the executive; the weakness of civil society; and the lack of true free market competition. And the consequences (not the causes) were organised crime, lack of rule of law, state incapacity and limited political pluralism. The systems were sliding towards semi-authoritarianism, with elections which were free but not fair, and some attraction towards the Russian (or Hungarian) model. The EU was perceived (wrongly) as being more interested in stability than democracy. But in both countries there were still enclaves of democratic life, which prevented a further slide into more authoritarian government.


The resulting Q&A session broadly confirmed this analysis. Clientilism and corruption were not unknown elsewhere in the region. There was most debate about populism. How did populism in Serbia and Macedonia differ from populism elsewhere in Europe and indeed more widely? Dimitri pointed out that generally it was not used as part of an attempt to cripple democracy.