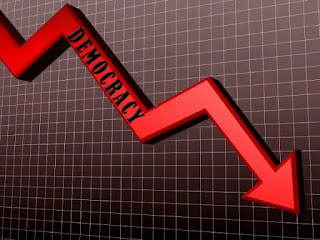 Vachudova began by identifying the varieties of populism. While all populists ground their appeals in the opposition between “people” and “elites”, she saw populism on the economic left as involving an inclusionary conception of the people, while that on the cultural right was an exclusionary “ethnopopulism”. In the latter case, while the “people” shared some form of common identity (ethnic, cultural, national, religious, or racial), their “enemies” were both domestic and transnational elites. Ethnopopulism legitimizes political power by using intense majoritarianism in defence of the “will of the people”. It differs from ethnic nationalism in its flexibility in identifying any enemies that could help it to gain and consolidate popular support. It exploits “bottom up” discontent at changes in social and economic lived experience, reinforcing this sentiment through the “top-down” creation of “enemies”, and control of the information environment, to polarise society.
Read more »
Posted by SEESOX at 13:31 No comments: