In week 6, SEESOX’s Hilary Term seminar series South East European Realities amid Europe’s Multiple Crises focused on the refugee situation. Chaired by Renée Hirschon (St Peter’s College, Oxford), Franck Düvell (COMPAS, Oxford) held a seminar entitled ‘Massive refugee influx, collapsed borders, humanitarian crisis: Quo Vadis Europa?’ The talk was based on preliminary results from a large-scale project funded by an ESRC Urgent Research grant. It seeks to understand all dimensions of the on-going refugee situation and gathers its data through qualitative and quantitative means that include hundreds of interviews with refugees and stakeholders along migration routes. 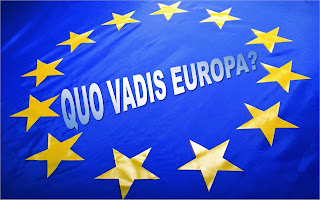 Düvell started his well-attended presentation by explaining that the refugee crisis was, in fact, not a crisis caused by the ‘overwhelming’ number of people coming to Europe. In fact, the refugee situation surrounding the two World Wars was much more severe and the same could be said about the situation in the 1990s when the wars in Yugoslavia forced some 800’000 people to migrate. What we were confronted with in 2015 was an influx of between 850’000 people coming through Turkey and 150,00 coming through Libya, which in total constitutes only 0.2 per cent of the EU’s population. Rather than seeing these people as a burden, Düvell argued, we should maybe reframe the debate and consider what they could contribute to European economies and societies.

Düvell reminded the audience that the numbers are not so clear and vary significantly from one agency to the other because of double-counting and different definitions. Furthermore, we are not confronted with one single refugee stream but rather with several different flows coming from many conflict areas. Needless to say, the largest part of the refugee population comes from Syria, but they are joined by refugees from Afghanistan, Iraq, Eritrea, Morocco and a considerable amount of people that are national minorities in their own countries – and, again, there is much variation within these groups as well. So, the entire situation is much more complex than daily media would have us believe. The drivers of migration are equally diverse. With an unsecure environment being the main driver, Düvell and his team found ample evidence of people not coming from their origin countries but from secondary and tertiary countries (e.g. Iran) where they had previously stayed. The main drivers of this kind of migration are of course lack of access to protection and insufficient living conditions in such host countries.

Administrative barriers play an important part in how the refugee routes actually develop. For example, while the Gulf countries have cancelled visas for refugees, Turkey has enacted a rather liberal visa policy. The effect of such changes is that alternative fleeing routes have effectively been closed, putting more pressure on Turkey’s eastern borders. This is one reason why Turkey emerged as the main route for refugees, but also as a bottleneck for the refugee flow.

Düvell then turned to the facilitators of migration. First, these include irregular service providers, which are usually referred to as smugglers. As the research shows, recently the number of smugglers has exploded due to increased demands. Yet the commonly depicted picture of smugglers as ‘ruthless’ is not the only reality. Most of the people interviewed seemed rather satisfied with the services they received and the fees are often much lower than what is usually claimed in the media; additionally, there are group and family discounts and the smugglers provide contact numbers for emergency situations. Furthermore, they only get paid once their clients arrive safely in Greece, thus increasing the incentive to provide safe passages. While there are some ruthless smugglers, they need to be distinguished from such informal service providers. Furthermore, Düvell and his team did only find little indication for large-scale smuggling networks but rather evidence for personal contacts, sometimes facilitated through social media.

A different kind of facilitation driven by humanitarian considerations comes from the civil society. Numerous national and international NGOs, together with volunteers, provide much-needed help to the refugees along the route not only relieving suffering and preventing death but also facilitating onward migration. And, as a third kind of facilitators, Düvell pointed to border guards. It is an interesting feature of this refugee situation that borders as such seem to have lost their meaning, at least to a degree. They are not impenetrable walls of state sovereignty any more but have become rather permeable. They were overrun, penetrated, or simply opened. Border guards in particular have changed their policies: while initially trying to push the refugees back, they now actually let the people pass as part of some sort of gentlemen’s agreement, for example on the Greek-Macedonian border. What began as a discreet underground railroad turned into an open road with state facilitation of unauthorised border crossings.

The refugee crisis is, at its core, a humanitarian crisis, which becomes evident on many points along the line. From a humanitarian perspective, the situation is unbearable in certain camps, on the beaches, at the points of arrival in Greece, or on many points along the route in Macedonia, Serbia, Croatia and so on. But, as Düvell’s research suggests, this humanitarian crisis is not the natural outcome of the large number of people coming to the continent, but the man-made result of mismanagement and thus avoidable. The crisis began in 2011, when Europe’s neighbourhood ‘went up in flames’, but the EU simply failed to prepare for the expectable refugee influx. Only in 2015 did the EU Commission begin to develop a comprehensive policy. Yet the member states first refused to implement this policy, and, from October onwards, security concerns prevailed meaning that national and nationalist responses led to the triumph of emergency policies rather than a common strategy.

For Düvell, the handling of the refugee crisis puts into question the core values of the European Union. The humanitarian situation is rightfully used to shame the EU into doing more than it has done so far. But with this mishandling of the situation, the EU also puts the post-war peace order at risk. As Düvell explained, it seems as if the lessons from the 1930s and the 1940s and the ‘never again’ argument usually put forward are currently undermined by this resurgence of nationalist, protectionist, xenophobic and anti-Muslim rhetoric and policies.
Posted by SEESOX at 12:01