The US after Trump: The prospective Biden presidency, Trumpism and partisan crisis 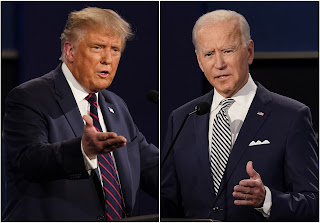 On 26 November, at the conclusion of the annual meeting of SEESOX’s Hellenic Advisory Board, there was an online discussion entitled "The US after Trump: The prospective Biden presidency, Trumpism and partisan crisis". The speaker was Professor Desmond King of Oxford University, and the discussant was Despina Afentouli of NATO’s Public Diplomacy Division. The Chair of the Advisory Board, Alexandros Sarrigeorgiou, introduced the session and the speakers; and the subsequent Q&A period was coordinated by the Director of SEESOX, Othon Anastasakis.

Professor King looked closely at the electoral statistics and their consequences. At home, Joe Biden's priorities would be the economy and management of the pandemic. Control of the Senate, which depended on the outcome of the two elections in Georgia, was crucial. Democratic control would allow Biden to pass his essential tax and financial bills.

Abroad, the election of Joe Biden would give a new impetus to Washington-Brussels relations: at a time of tectonic changes, in which the challenges following the covid-19 pandemic would go beyond the Euro-Atlantic context and require an international response.

US relations with Europe would change, but would not be entirely straight-forward, given the need to try and find a common approach to Russia, and also agree trade deals.

The defeat of Trump had not solved or ended the partisan split in the US; only 21% of Trump supporters believed that the election had been fair, and this would bedevil US politics for the coming period. Trump had also reshaped the Supreme Court, with a strong conservative majority.

Describing relief among European leaders at Biden's election, Despina Afentouli explained that at the institutional level both sides were awaiting a return to normal practices which had preceded the election of Trump. She added that the pandemic was shaping new conditions worldwide even as it consolidated existing problems on both sides of the Atlantic. She spoke of an impending US turn towards Asia, requiring the Europeans to take on more of the joint burden on defence and security.

The Q@A session covered the US economy and markets, more on relations with the EU, South East Europe (specifically), China, the Middle East, climate change, trade policy and debt.

Based on an article by Alexander Fotiadis on Euractiv