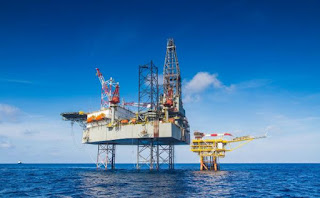 
Anastasakis set the stage by noting that the Black Sea has become even more strategically important since Turkey unveiled the biggest-ever natural gas find in the Black Sea, Sakarya field, in August 2020, with potential to deliver more than 400 billion cubic metres of gas. This has caused a stir in other littoral countries and neighbors, and a key question is whether the Black Sea discoveries can be handled in a more collaborative way than the conflictful gas development in the Eastern Mediterranean.

Yardimci added perspective on the importance of the find. While deep-water natural gas was first discovered in the Black Sea by Romania in 2012, the Neptun block has still not been commercialized. Turkey’s find is ten times as big (though much smaller than identified reserves in the Eastern Mediterranean) and it plans to begin gas production as early as 2023. Since fossil fuels still account for more than 80 percent of the region’s energy use—a high dependency unlikely to change rapidly—the gas find can significantly change the energy mix and Turkey’s relations with traditional energy suppliers. Leaving aside Russia’s annexation of Crimea, the maritime border has been much more stable than in the Eastern Mediterranean.

Lamb examined the likely economic impact. Turkey has a significant current account deficit (averaging 35 billion USD in recent years, or more than 4 percent of GDP). Its energy import bill has been even bigger, at 40 billion, of which 12 billion for gas. A switch to domestically produced gas would generate important savings, perhaps as much as 70 billion USD. Supply has traditionally been by pipeline from Russia (Bluestream and Turkstream), and from Azerbaijan and Iran. Moreover, given Turkey’s connections to Greece and Bulgaria, developing its own gas would allow it to begin to act as a transit country—i.e., additional earnings.

Some of the shift away from pipeline gas to LNG has already begun. Turkey has made significant investments in storage units and land terminals, and 2020 saw a 45 percent increase in LNG supply, from diverse suppliers (e.g., Algeria, Nigeria, Qatar, USA, Trinidad, Cameroon, Egypt). Romania and Bulgaria are moving much more slowly.

It is not so simple to compare the Black Sea development with the Eastern Mediterranean’s. Sakarya is about half the size of the largest Eastern Mediterranean field, Zohr (405 bcm v. 850 bcm), but has potential for further discoveries. Zohr was brought on stream in just over two years. This record pace of development was possible because it could use existing infrastructure—which is not the case for Sakarya. That said, Sakarya has some positives that could allow it to move fast to production. Given Turkey’s political will, no regulatory hold-ups are expected. And there is little market risk since domestic demand is big and expanding, with potential also for sales beyond Turkey. On the negative side, exploitation will be challenging: the field is ultra-deep and the water is corrosive; the infrastructure needs to be built from scratch; and gas prices are low.

Turkey’s eventual benefits will go beyond its current account savings. Having its own energy supply will give it extra bargaining power for contract renewals, and having its own gas hub will reduce its energy dependency, as well as changing its relations with neighbors. The construction work will support the economy.

It is harder to estimate the size of the impact. The breakeven price for the field is not yet known. Moreover, there has already been a structural change in gas pricing. Many of Turkey’s contracts are coming to an end and are expected to be replaced by shorter more flexible arrangements (meaning less long-term stability). Also, LNG is already available: the existing LNG terminals are already taking advantage of lower prices. And expected nuclear development could eat into gas demand.

Mikulska turned to the geo-politics of natural gas in the region. Besides the littoral states (Bulgaria, Romania, Ukraine, Russia, Georgia and Turkey), other neighbors (Armenia, Azerbaijan, and Moldova) also have interests. These, however, are diverse: the region lacks a clear geopolitical affiliation, with countries belonging to varied blocs—from Romania and Bulgaria in the EU, and Bulgaria, Romania and Turkey in NATO, to Ukraine, Moldova, Armenia, Azerbaijan and Georgia in the EU Eastern Partnership, and Armenia in the Eurasian Economic Union and in the Collective Security Treaty Organization (the Eurasian NATO).

As regards gas, the Russian pipelines are unidirectional, with few links—a legacy from Soviet times—despite Southeastern European interest in developing interconnections. Azerbaijan and Iran are the region’s other net suppliers. This dependence on Russia has implied significant Russian power in the region—with the best-known example being Russia’s raising Ukrainian gas prices when Ukraine began to flirt with getting closer to the EU.

The recent development of LNG, with its many diversified suppliers, potentially reduces Russia’s geopolitical power in the region. If Turkey were to set itself up as a middleman for gas to Europe, its power would correspondingly increase. Shifting to a system with dual dominance (Turkey and Russia) could strengthen the energy security of the region. (And it’s clear that countries prize the security: both the Turkish and Romanian governments want to take stakes in the Black Sea fields.)

Bechev confirmed that diversification away from Russia is already happening. Turkey is planting the flag of renegotiating contracts away from Russia in the next few years. Also southern Greece, which already has gas infrastructure, is diversifying suppliers, and northern Greece is building a terminal. Bulgaria’s TANAP project is nearing completion, and in the Adriatic, Croatia is building a terminal. Only in Serbia (a relatively large consumer) is gasification lagging.

The Q&A covered a range of issues. Notably:

·         Relations in the Black Sea were seen as easier than in the Eastern Mediterranean (not having Cyprus as an issue helps). Russia finds it convenient to keep the Crimea situation simmering but not escalated. The other disputed maritime boundary case (Serpent Island) has been concluded by the International Court of Justice. Any new pipelines could probably just go along the Turkish coast. That said, the scope for deepening cooperation—e.g. through the Black Sea Economic Cooperation—seems limited; the BSEC was set up to deal with a balance of power very different from today’s.

·         Nobody sees a risk of Black Sea gas becoming a stranded asset following global shifts away from fossil fuels. Gas is cleaner than other fossil fuels so shifting from coal to gas could be a legitimate part of the climate action strategy. In a world of lower prices, the main economic question will be the royalty regime—which should not be too onerous, and can be managed with political will by governments.