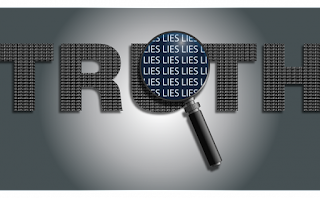 On 28 October 2020, SEESOX held its second webinar of the Michaelmas Term. Chaired by Mehmet Karli (St Antony’s College), it brought together two speakers - Akin Ünver (Oxford Internet Institute; Department of International Relations, Kadir Has University) and Afşin Yurdakul (Haberturk News Network) - with Ezgi Başaran (St Antony’s College, Oxford) as discussant. The webinar drew on the findings of a recently-completed research project on Turkey’s digital media ecosystem carried out by EDAM, one of the leading independent think-tanks in Turkey, and funded by the US based Chrest Foundation.

Karli noted that digital media was now an increasing factor in electoral politics, and its use with the intention to mislead created what he characterised as “disinformation warfare”. While there was plenty of literature on such developments in the USA and western Europe, there was little or nothing on Turkey. At the same time, Turkey ranked among the most active countries in using social media for political communication purposes, and successive crises, such as the failed coup attempt in July 2016, terrorist attacks, elections, and protests had been heavily ‘digitally mediated’. But Turkey was also one of the most vulnerable countries to disinformation, bot usage, and cyber-attacks. How could this be dealt with?

Ünver began his presentation by suggesting that external disinformation – which got a lot of headlines – was less problematic than the domestic Turkish variety, where it had now become the norm of political communication. While independent social institutions/NGOs had been set up to carry out fact checking, the polarisation of society and the media meant that these rarely had a significant impact except where the news was obviously fake. Particularly in an environment where the vast majority got their information from TV, stories that were difficult to debunk typically achieved much greater public engagement than checked news. Turkey was confronted by an unending spiral of disinformation and counter-disinformation. The only way out would be to develop a public consensus to ban disinformation; but this would require a massive, long term effort.

Yurdakul gave the view of a practising journalist, working in a climate of political polarisation – with constant electioneering since the early 2000s – and a weak information environment, where press freedom was shrinking and where journalists found themselves forced to focus more on navigating difficult political terrain than on their classic job of checking facts. This was exacerbated by the accelerating speed of the information cycle generated by social media, compounded by the difficult financial situation of traditional media. All this had led to lower trust in media and an increasing tendency to choose media outlets in line with one’s views - the phenomenon of ‘opposing echo chambers’. For her, the relationship between polarisation and disinformation, as the 2023 elections approach, would be critical. Its weak information environment made Turkey vulnerable to external influence.

Başaran drew parallels between developments in journalism in Turkey and globally, with the traditional media business model under increasing threat from digital media, and the absence of a level playing field, both financially and structurally. She did not think that external business models such as the Guardian, the New York Times, or the BBC, would be viable in the current Turkish environment. Fact checking agencies were not the answer, since there were risks of government takeover, and they could in any case never replace good journalistic practice. While polarisation was directly linked to the rise of social media, its root causes could be found in global upheavals. ‘Social media platforms propagated the worst in human nature.’ In the end, the solution would come only through investment in traditional newsrooms.

The subsequent Q & A covered a range of issues, including the potential knock on effects of possible US regulation on other countries – seen as unlikely in Turkey in the near term; the perverse impact in Turkey of Google restrictions on political advertising, when it had been the main weapon of opposition in response to government use of state owned of influenced traditional media; the value of undertaking a comparative study of fact checking in Poland, Hungary and Turkey; and the need for a balance of responsibility between social media platforms and individuals.

In conclusion, the panellists made the following key points:
This author’s view? While it may be worse in Turkey, disinformation seems to have become the norm for political activity throughout the world. And there are few obvious or easy solutions, especially in the short term.