South East European Studies at Oxford hosted an engaging panel discussion on the pressing issue of the current state of free speech in Turkey on May 11, 2016. The event was organised in association with Free Speech Debate, Dahrendorf Programme for the Study of Freedom, and Reuters Institute for the Study of Journalism. 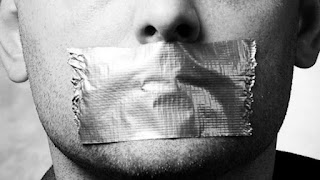 The panel has discussed the different dimensions of the issue of free speech in Turkey today. Ezgi Başaran, as a prominent journalist and the last editor in chief of the now shut down online newspaper Radikal, gave the audience a detailed account of the dynamics of journalism.

Professor Deniz Ülke Arıboğan, who served as the rector of the Bahçeşehir University in Istanbul between 2007 and 2010 gave the audience an insight on the status of affairs in the academic world. Lastly, Dr Mehmet Karlı, who is a Lecturer at the Galatasaray University Law School in Istanbul, explained the legal framework and the legal instruments the government employs in effecting pressure on the exercise of the freedom of speech.

Ezgi Başaran’s presentation featured important facts and figures from the field of journalism that resonated strongly among the audience. She has pointed out how journalists in Turkey routinely face accusations of terrorism in the process of doing their jobs. She has also spoke of the numerous broadcast bans the government had issued on matters of great importance to the public, including among others, the ban on Roboski airstrike, on the story of trucks owned by the National Intelligence Agency, on the SOMA mine explosion and on Ankara bombings. On another note, she has touched upon the Gülen movement’s earlier cooperation with the government in detaining and prosecuting journalists such as Ahmet Şık and Nedim Şener in 2011. The audience was informed, however, that the journalists and newspapers affiliated with the Gülen movement are now suffering themselves from the methods they were instrumental in applying on other journalists previously. Başaran also shared some significant figures with the audience, such as the 348 journalists who have lost their jobs in Turkey in 2015 and Turkey’s ranking in 151th place in the 2016 World Press Freedom Index prepared by Reporters Without Borders.
Professor Deniz Ülke Arıboğan shed light on the impact of politics of the government on the universities and pointed out the ways changes in the law are employed within this framework.

Dr Mehmet Karlı, elaborated on the Turkish government’s use of a set of legal instruments, which he has called ‘the machinery of opposition’, in order to eliminate various forms of opposition and to procure conformity. He pointed out that the broad definition of terrorism enables the government, through the criminal justice system, to prosecute a wide range of citizens under the Anti-Terror Law. Dr Karlı has referred to the now frequent invocation of article 299 of the penal code, which criminalises libel against the president, in dealing with opposition to the government and the president. He has also made the interesting point that article 301, which criminalises insult against Turkey, the Turkish nation, or Turkish government institutions and which was invoked quite often previously for tackling opposition, have fallen out of fashion, being replaced to a significant extent by article 299 under which 19 journalists and 2 cartoonists have been sentenced. Other instruments of oppression that was elaborated in his presentation were the use of media, social media and arbitrary blackouts. He has informed the audience that between July and November 2015, there have been 1537 bans on pro-Kurdish websites and there are around 80,000 overall banned websites in the country. Among others, Dr Karlı has made the very significant point that legal amendments are not enough per se for securing free speech in Turkey and has argued that the mentality of people who are invoking the laws, and the mentality of the people who use the freedom of speech in the country also have to change.

In conclusion, all the three of our panellists gave very informative presentations, illustrating the various aspects of the systematic pressure on free speech in Turkey today. True to their own experiences and research, they have depicted a fairly gloomy picture of the state of affairs. However, upon a question from the audience as to whether there is any hope for the future, Dr Karlı chose to end on a cautiously positive note, saying that things may take a turn for the better in the future, as Turkey is becoming a middle class and urban society.
Posted by SEESOX at 17:42