Unpopular Voices: Greek public intellectuals of the political centre during the crisis

On 25 April Apostolos Doxiadis presented his view on the rise of Greek public intellectuals during the multifaceted crisis. A prolific writer and well-known author himself Doxiadis spoke to a full room and provided an intriguing periodization of the contesting narratives generated by the Greek crisis. 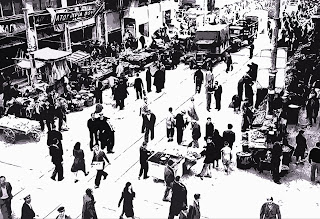 This periodization was intertwined with the rise of the Centrist Public Intellectuals (CPIs) in the public debate and their gradual transformation over time. The Centrist Public Intellectuals appeared in the Greek scene after the 2008 riots in Athens sharing a common belief that the events exemplified the rise of extremism and a prevailing atmosphere of anomie. Coming mainly from the Left, but being distant from politics for years the CPIs expressed at the same time dissatisfaction with ruling political parties and disagreement with anti-establishment rhetoric. The onset of the financial crisis was the formative period for these voices. The transformative power of the crisis and collapse of established political order necessitated new narratives providing explanations for the past and ways out for the future. At that point Doxiadis identified the common platform of the CPIs: opposition to populism, extremism and established politics on the one hand and support for structural reforms, institutional changes and the common European project. Tracing the development of this platform over 2012-2015 (from the rise of the extremes to the final episode of the Referendum) the speaker identified the five great legends of the crisis. Using metaphors and literary parallels Doxiadis narrated the story of the Money-Tree (in which the government is a source of unlimited money), the Pill of Bla-Whi (in which nostalgia for the past is linked with clear-cut dichotomies), the Great Myth (in which the nation is under attack until a young leader takes command), the David and Goliath story (in which Greece is fighting against superior enemies), and finally the mantra of a Magic Solution (in which there is an easy fix to the crisis). The negation of these five great legends was the rallying point of the CPIs and a springboard for their agenda that entailed a rational discourse focusing on the accumulated structural problems of the Greek economic and social model. Doxiadis talk was not only of interest for those involved or following the Greek crisis. His ability to position the rise of the CPIs within the Greek social context offered an excellent methodological example of how to discuss the role and limits of public intellectuals. In this context a paradox he illustrated -the central position of CPIs in the public debate but the unpopularity of many of their ideas- provides food for thought in light of recent developments in the United Kingdom and across Europe.
Posted by SEESOX at 11:54