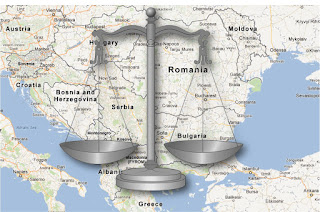 Danijela Dolenec, Assistant Professor of Comparative Politics at the University of Zagreb, addressed SEESOX on May 6 on the topic of class conflict in the process of democratisation in South East Europe. Dr. Othon Anastasakis, director of SEESOX, was the discussant.

Professor Dolenec focused on situating the current status of South East Europe in the context of the history and theories of democratisation more broadly. Drawing on the work of Lipset and Rokkan, she presented the class-based nature of Left-wing politics as key to the development of functional conflicts in politics. In the first wave of democratisation, as explained by Dahl, a key characteristic of mass suffrage was the inclusion of Social Democratic and socialist parties into the Executive branch. This sort of democratic transition was driven from below, and required political parties to clearly represent social division.

However, Huntington’s theory of the Third Wave, particularly in Eastern Europe, is differentiated by a top down approach where the elites in a country have agreed on programs of transition. This gives rise to the academic literature of ‘transitology,’ as the political arena is seen as a series of economic reforms agreed by all parties and not contested by the common man. A critical approach to party competition illustrates the problems that these representative democracies face, and the implications of the absence of a strong Social Democratic presence.

Using an expanded version of Grzymala-Busse’s model, Dolenec argued that it was necessary for the Communist Party to lose the early multiparty elections in the 1990s so that the Left reformed into a West European style Social Democratic force, and a genuine ‘fear of replacement’ developed in representative governance. Yet even when these Social Democratic parties emerged, they carried with them the discredited economic legacy of Socialism. This has resulted in several countries, such as Poland and Hungary, experiencing two parties of the right as their major political choices with the collapse of a major force on the Left. Even where there are strong self-described Social Democratic parties, such as in Croatia and Macedonia, these parties are often ‘Third Way’ parties that are largely liberal in their economic outlook. The hollowing out of the Left was furthered by EU integration, as the imposition of neoliberal economics through the Copenhagen Criteria became part of the state building process. The reduction of viable forces on the Left reduced the primacy of economic organisation as the cleavage of politics.

The vacuum created by the absence of class politics was filled by the nationalist and anti-Communist mobilisations of the 1990s in the former Yugoslavia. The climate of war, and the threat of war, restricted the development of any internal political divisions: unity was needed against an external enemy. Conflict over the definition and boundaries of the political community along lines of race and ethnicity created a cleavage that locked out genuine social democracy.

The problem remains that growing economic inequality is not being contested. As parties are not representing these social conflicts, bottom up change is needed, just like in the first wave of democratisation.