Turkey’s constitution: The President’s monopoly over state power and the shrinking role of the parliament and judiciary 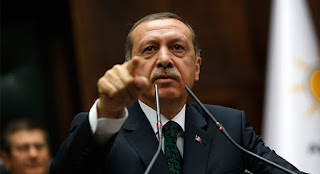 On 3 March the SEESOX webinar ‘Turkey’s constitution: The President’s monopoly over state power and the shrinking role of the parliament and judiciary’ focused on the diminishing role of both vis-à-vis the executive in the context of Turkey’s ‘new constitution’. The panel included Bertil Emrah Oder (Koç University), Ersin Kalaycıoğlu (Sabancı University), Murat Sevinç (Author); it was chaired by Mehmet Karli (St Antony’s College, Oxford). Introducing the seminar, Dr Karli noted that the panel would examine, among others, the functioning of this system over the last three years, following Turkey’s 2017 constitutional changes.

The first speaker, Bertil Emrah Oder, the Dean and Professor of Constitutional Law at Koç University Law School, unpacked the role of courts, and especially the role of the Constitutional Court in checking and balancing the use of power by the President. In addition, she examined the impact of the current system on the protection of fundamental rights and freedoms, explaining how Turkey could be seen as a case study to identify the dynamics of judiciary politics and constitutional reviews. She situated this case study in the broader literature on electoral autocracies and on comparative scholarship on the role of courts in the light of the third wave of autocratisation. Drawing on a range of examples, from cases of human rights defenders, journalists’ detention, and freedom of expression of academics, she analysed the judicial qualities and behaviour of Turkey’s Constitutional Court. She argued that the influence paradox, employed by the Court, masks autocratisation in Turkey and leads to the compliance of legitimisation advantages and the contestation of disadvantages for the populist autocracy. She concluded that the tensions embedded in this complexity are associated with the role of the constitutional judiciary in electoral autocracies, ultimately revealing the fragility of the Court and its dependence on political forces.The second speaker, Ersin Kalaycıoğlu, Professor of Political Science at Sabancı University, examined Turkey’s current constitutional system and the impact of the ‘new constitution’ on parliamentary politics in Turkey. Tracing the establishment of the ‘new constitution’ back to 1982 - a period characterised by a semi-parliamentary regime and the ideology of Turkish-Islamic synthesis - he highlighted three key constitutional moments of change, in 2007, 2010, and 2017, which needed to be seen in the light of the passage from semi-parliamentary to semi-presidential and, ultimately, formal presidential regimes. He then focused on the specificities of the organisation of formal presidentialism. More specifically, he postulated the existence of a blurred line between the government and the state, on the one hand, and the role of the president, on the other. He further explained that a single executive, composed of the president and his staff, played the most important role in shaping the politics of the country, entirely dominating governance. From 2018 onwards there had been formal personalisation of power, given that all major political decisions, ranging from the ratification of international treaties to security policies, were based on the discretion of one person. He analysed, in detail, the impacts of this concentration of power over party leadership, head of state, and head of government. Citing impacts such as inequality, favouritism, limits on the voice of the opposition and on youth participation, inconsistency in the decision-making process, economic uncertainty, unpredictability, irregularity, and corruption, he explained that these were also facilitated by the practice of “constitutional hypocrisy”, whereby a written constitution exists but the governing elites almost completely ignore and systematically violate it. With characteristics of an absolutistic and personalistic system with limited legal reasonable thinking and strong representation of the President in the Grand National Assembly, he suggested describing this regime as a form of “neo-Hamidian”, the re-incarnation of the neo-patrimonial absolutism of Abdulhamid II’s rule (1876 – 1909). Concluding, he wondered whether political parties that seek a return to formal democracy might lead to the potential emergence of a Grand National Assembly with a greater role in Turkish politics.

The third speaker, Murat Sevinç, previously a tenured faculty member of the University of Ankara in the Faculty of Political Science, evaluated Turkey’s present constitutional system in the context of the history of Ottoman-Republican constitutions. He focused particularly on the status and powers of the head of state and the evolution of constitutions over time, meticulously examining the history of the presidency, its constitutional position, and its legacy in Turkey, and illuminating multiple facets of the political and legal historical background. He explained how serious political and constitutional crises in 2007, 2008, and 2017 had led to constitutional amendments as products of political battles, rather than democratisation. He highlighted the century-old parliamentary tradition underpinning Turkey’s attempts to remain loyal to the principle of separation of powers for decades, despite its historical misfortunes and crises, and pointed out the shaping factors for the functioning of the constitution: the political culture, the structure of political parties, and the qualities of Turkey’s democracy, as well as religious, cultural, social, and economic factors. He emphasised the role of tradition in all parliamentary and presidential systems.