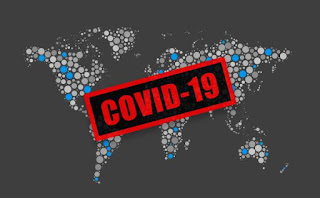 The webinar ‘Diaspora and the pandemic’ took place on 16 June 2020. It was co-convened by Othon Anastasakis (SEESOX) and Foteini Kalantzi (SEESOX). The goal of this webinar was to discuss and exchange views on the current unfolding crisis related to the pandemic and how this is connected with Greek diasporic issues.

The first speaker, Professor Alexander Kitroeff (Haverford College) compared the Greek-American community’s responses to past crises, namely World War II and the invasion of Cyprus by Turkey in 1974. He highlighted the fact that conditions in the host country and society shape to a considerable degree the readiness and capacity of the diaspora community to come to the aid of the homeland. That being said, different diaspora organisations, depending on their scope, size and strength, vary in the way they respond to a homeland crisis.

The US’s engagement in WW II, and the rising affluence of the Greek-American community as a result of the economic demand boosted by the war effort, meant that Greek-Americans were politically, societally and economically ready to come to the aid of their compatriots - and they did. The organization they founded for this purpose, the War Relief Association, benefited from both the engagement of leading Greek-Americans such Spyros Skouras, President of 20th Century Fox, as well as by the commitment of the community’s mass organisations, particularly AHEPA. Likewise, the effort of the Greek-American lobby to curtail the provision of military equipment to Turkish armed forces in the mid to late 1970s benefited from the post-Watergate rollback of Presidential power effected by the US Congress. During the fiscal crisis, efforts to assist Greece have been less focused, and organisationally more diffuse, perhaps reflecting the crisis itself, unfolding in comparatively slower motion and with its negative effects, distributed more widely and less visibly and starkly, as opposed to the effects of armed conflict. Turning to the pandemic, the Greek-American community has been favourably impressed by the efficiency of the public policy response of the Greek government. The shambolic nature of the management of the pandemic crisis in the US itself has had contrasting effects. On the one hand, it has compounded the impression of the homeland’s success, by negating stereotypical beliefs on the superiority of the US over a homeland which is seen as historically inefficient and mismanaged. On the other hand, the mismanagement of pandemic in the US, due to the loss of life and livelihoods it inflicted on the Greek-American community itself, has compelled the community and its leading institutions to focus on providing succour to its members rather on mobilising for Greece.Professor Kitroeff also noted the failure of Greek historiography to properly account for the past involvement of the Greek diaspora in crises in Greece, leaving us to speculate whether such a shortcoming is itself a factor in the preparedness of the Greek society and polity to pursue interaction with the diaspora in a time of crisis.

The second speaker, Professor Giorgos Anagnostou (Ohio State University) traced the evolving stance of The National Herald (TNH) vis a vis the Trump Administration. TNH initially supported the Hillary Clinton candidacy, but then transitioned to partial support of President Trump, for a mixture of reasons: the positions of influence acquired by Greek-Americans in the Administration; the popularity of the President himself among a critical mass of Greek Americans; and the opportunity to exercise a measure of influence within the wider context of Greek-American lobbying advocacy of Greek national interests. However, President Trump’s rapport with President of Turkey, Tayipp Erdogan, at a time of rapidly worsening Greco-Turkish ties, together with the increasing chances of an electoral win by Democratic presidential candidate Joe Biden in November, as well as the shambolic management of the coronavirus pandemic, have meant that the pandemic has allowed TNH to effect yet another transition, to that of powerful critic of the current Administration. Administration officials have not shied away from criticising Turkey’s assertive policy in the East Med, while the President himself seems to have mobilised Greek-American support for his re-election, further complicating TNH’s calculus. Professor Anagnostou pointed out that Greek national interests are not a decisive factor for the political preferences of many Greek-Americans. He also left us to reflect upon the ultimate responsibility(ies) of a major ethnic newspaper such as the TNH: to the wider collective to which Greek-Americans belong as US citizens; and to the national interests of Greece and/or to its ability to be an influential actor in the context of the bilateral Greece-US relationship.

The third speaker, Andreas Gkolfinopoulos (PhD candidate, University of Siegen), addressed the issue of Greek doctors who have migrated to Germany during the crisis years. The accumulated backlog of hiring new medical graduates in the Greek NHS, exacerbated by the demand for doctors in Germany’s well-funded medical system, have made Greek doctors the 3rd largest cohort of foreign doctors in that country. Such large scale migration of medical professionals has as a result put a question mark on whether the Greek NHS can have access to the qualified personnel it needs, particularly during the pandemic crisis, and whether the Greek government, by institutionalising communication with this community, has partly compensated for their migration via “brain circulation” effects.

The fourth speaker Onassis Fellow Manolis Pratsinakis (University of Oxford) discussed the debate in social media on diaspora responses to the pandemic: this debate includes severe criticism of the UK’s response to the pandemic, whether crisis-era migrants who have left the country are now entitled to ask for its protection, endangering via repatriation the health of the resident population or, alternatively, whether it is reasonable to expect Greeks in countries such the UK who have either lost their jobs, or been asked by the universities which they were attending to leave campus premises, to stay put in their host countries as opposed to repatriate to Greece. Finally, he noted the evidence produced in social media of diaspora actors actually coordinating to assist fellow-host country compatriots in distress.

A very interesting conversation followed during the Q&A session. The discussion revolved around the potential changes of the homeland-diaspora relationship, taking into consideration Greece’s good performance in handling the pandemic. One of the focal points of the discussion was the position of Greek-Americans, who were very active in countering the negative image of Greeks in the global hierarchies. This has been evident through the social media and the lobbies, which have promoted the good news regarding the effective management of the pandemic crisis. Also, the role of the Greek-American Orthodox church was discussed, in terms of its role and leadership, with Archbishop Elpidoforos giving a clear message of where the church stood, i.e. with a modernist approach talking about science, and his participation in the marches for George Floyd in Brooklyn. ,It was also noted that Elpidoforos is in sync with the Ecumenical Patriarchate.

The role of Greek doctors in Germany and the UK was discussed as well, and the generally favourable image of Greeks. For example, German media has been impressed by the Greek policy on measures toward Covid-19. Additionally, Greeks abroad have been pointing out that, for once, their homeland is doing better; however this cannot be translated into higher trust, since mistrust is still so high and many people think that this might be an isolated instance.

The role of the historian was raised, in that they tend to ignore the input of the Greek diaspora, since it does not help in terms of policy; however, when historians are invited to think more carefully about Greece’s international position and diaspora, they do not refuse or reject the proposition that the diaspora is important. For example, at a forthcoming conference on the bicentennial of the Greek revolution , organisers understand that the Greek revolution has international implications, so they want to include papers on the Greek diaspora and its impact on other countries.