Greece after the crisis: Stocktaking, legacies and prospects 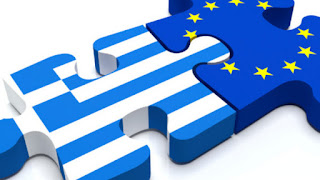 George Pagoulatos spoke on this subject at a SEESOX seminar on 24 October. David Madden chaired. He began by saying that the subject was over-researched: little remained unknown; but it was politically contested, and to some extent still emotionally divisive. It was still too early to gauge its longer-term implications, but it was a textbook failure in the EMU. There had been long-standing structural weaknesses in Greece, yet on this occasion the vulnerability came through the external account -the current account deficit and foreign debt.

Procyclical adjustment accentuated recession; all policies were contractionary during the crisis (fiscal; incomes; no monetary transmission), and there was no countercyclical response, leading to fragmentation. Common ground was that the EMU was unready, there was insufficient response and that Greece needed reform. Debt restructuring should have been earlier. Some recession was inevitable. Contested points were the magnitude of fiscal and incomes austerity (minimum wage cut), the content of structural reforms (labour market liberalization), the magnitude of adjustment, and the degree of hysteresis effects. There was tension between positive outcomes of forced economic adjustment and the hysteresis effects of depression. Labor migration was a correction mechanism, but a double-edged sword: mitigating unemployment but bleeding human capital.
Greece had faced a variety of risks: inflation risk, devaluation risk, credit risk, euro-exit risk. Initially there was prolonged denial about the need for painful far-reaching reform. Then the turning point was the 2015 H1 near death experience. From the crash of populism came newly found pragmatism.

Greece was the first case of populism in government, and the first case of post-populism. Greece found societal and electoral maturity – democracy was bruised but eventually resilient. Yet there was a sense of being vanquished and having been mistreated. There was a solid pro-euro and pro-EU majority; but low scores for confidence in EU/ feeling European/ having gained from EU. There was also a tendency to believe outcomes pre-determined, and a temptation to mistake outcomes for intentions, and eventual paths for initially preferred ones.

Various relief mechanisms mitigated the socio-political costs of the crisis: party political alternation in power (political), informal economy and familialism (social) and informal economy and migration (economic). The Greece case showed that it was not possible to disentangle economics from politics – they were mutually embedded. The Greece case was extreme but not exceptional.

In answer to questions, he added the following points. The crisis had tested the sovereignty status of Greece, but there was a difference of degree not category between her and other Southern European countries. Mitsotakis supported a populist position on the North Macedonia issue, but not on other issues. Varoufakis had been unhelpful during the crisis, he had a flawed understanding of political balances, his lack of engagement with his EU counterparts had incurred great financial costs for Greece. Brain drain was a problem for many peripheral countries of the EU; mobility had favourable aspects, but not if it were permanent and uni-directional. This should be addressed in an EU context. Greece had not cooked the books to enter the Euro, though like all EU governments had strained to meet the 3% target: but did so in 2009. There was certainly not a queue of countries waiting to leave the EU; Brexit had rendered the EU more cohesive. And more sustainable. Significant (though still insufficient) risk sharing had occurred. Greece owed a large part of its debt to its EU partners. There was positive inter-dependence. In the medium term, the prospects for the Greek economy looked healthy, though the longer term was as ever less certain. The Greek economy continues to rely on very small (micro) and smaller-size SMEs who are acquiring a more systematic export orientation.